RE​:​Imagine - Music From "The World Ends with You" 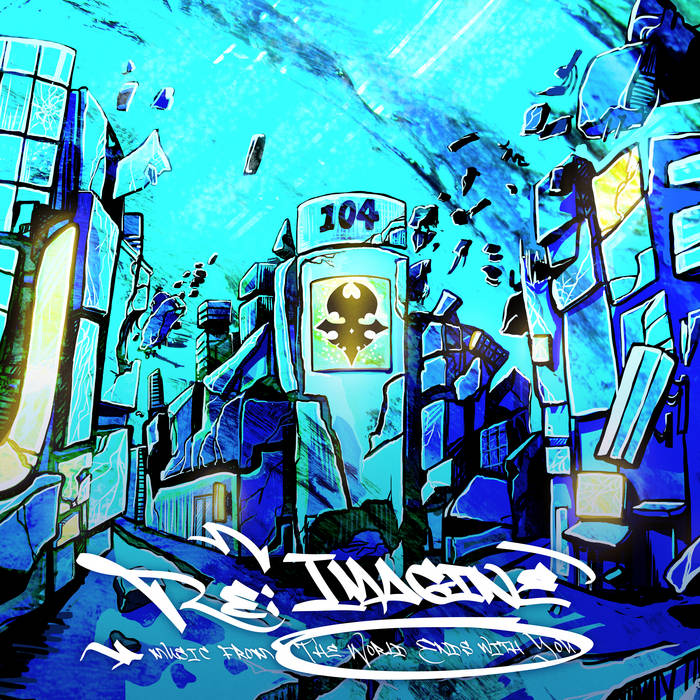 Kamani RE:Imagine is an extremely fun album, and it's always enjoyable to listen to. Good to listen to while walking or running, at least for me.
Thank you for creating such fun music. Favorite track: Someday (Digital Girl).

“The world ends with you. If you want to enjoy life, expand your world. You gotta push your horizons out as far as they'll go.” - Mr. Hanekoma

The World Ends With You is one of my favorite games; rarely do you see a game with such a strong, coherent aesthetic, theme, personality and message - just an all-around sense of what it wants to be and what it wants to say. I regard it among Square Enix’s best works of all time. I encountered TWEWY when I was an antisocial edgelord teen, kind of the way Neku is at the start of the game; I’m not going to credit it with changing my life, (I don’t think the message of the game even really hit home then), but I have very fond memories of it, and I like to think it put a couple of little cracks in my shell.

Despite an amazing, eclectic soundtrack, there are very few covers of TWEWY songs out there (that I could find, anyway). At the point I started working on this album, I had been a member of Materia Collective for a while (shout outs to Materia, btw) and was toying with the idea of doing my own cover album. Final Remix was announced shortly after that, which really pushed the project forward. I pretty much spent the whole of summer in-between my previous job and grad school working on this. And now it’s finally out!

RE:Imagine is several things. As the title suggests, it is a re-imagining of my favorite tracks from the soundtrack; it is also a loose re-telling of a week in the Reaper’s Game; and finally, it is a love letter to the game itself. It’s also a number of firsts for me: first cover album, first time working with vocals… The game conveys a message about broadening your horizon and seeking a greater understanding of yourself and of other people. To that end, I purposely tried to work with genres very different from the original tracks. I hope the album brings across at least a little bit of that spirit.

Anyway, if you listened to the album and you’re still reading this somehow, thank you! Much love!

"RE:Imagine - Music From The World Ends With You" was made possible by the following individuals:

すばらしきこのせかい/The World Ends With You © 2007, 2018 SQUARE ENIX CO., LTD. Materia Collective LLC and its artists in no way affiliated, associated, authorized, endorsed by, or in any way officially connected to Square Enix with respect to this album. Musical compositions are © 2007 Square Enix and are used with permission. Mechanical licensing facilitated by re:discover, Inc. d/b/a Loudr. All Rights Reserved.

For complete credits and information about this release, please visit Materia Collective: www.materiacollective.com/music/re-imagine-music-from-the-world-ends-with-you

Bandcamp Daily  your guide to the world of Bandcamp